We are thrilled to announce that our Reedy Creek Stream Restoration Project has been awarded NAFSMA’s Green Infrastructure First Place Award. Click here to view full list of awards »

Wildlands served as the prime consultant for this project, which was the first design-build project to generate stream and wetland mitigation units for the City of Charlotte Umbrella Stream and Wetland Mitigation Bank. 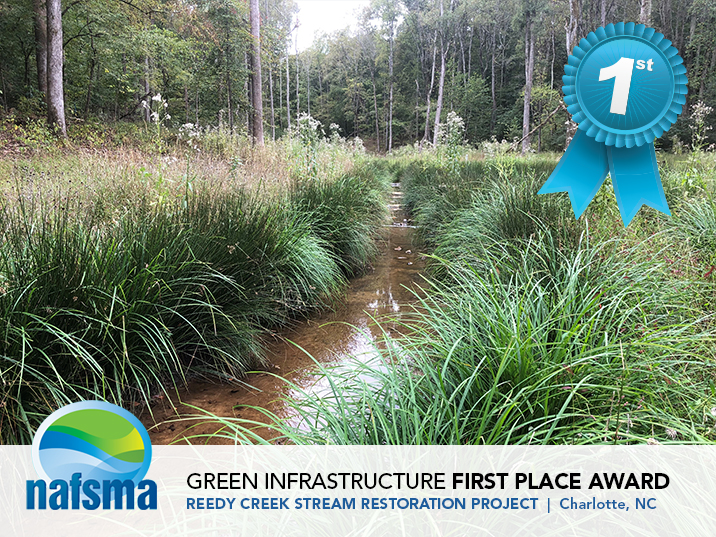 Wildlands has completed a 9-element watershed plan for Riverlink

In partnership with Blue Earth and other local firms, Wildlands recently completed a nine-element watershed study for the Central Asheville Watershed Restoration Plan for Riverlink. Wildlands provided a comprehensive and easily accessible ArcGIS online watershed plan application. The application is an interactive map designed to be active and adaptable to real-time, ongoing changes within the watershed.

Check out the interactive ArcGIS map below or visit: https://bit.ly/3i141jS

Read more about Asheville’s plan to restore the urban streams and community in this article by Citizen-Times, Asheville: https://bit.ly/365AMtF

The 32-acre conservation easement preserves four archaeological sites containing Native American artifacts as well as existing wetlands, some of which provide potential habitat for the northern bog turtle. The riparian buffer was planted along the stream channels with early successional native vegetation comprised of trees, shrubs, and herbaceous species. Small areas around the planting perimeter were seeded with native wildflowers to provide habitat for the monarch butterflies, which were prevalent at the site preconstruction. By closeout, the project will provide 9,885 credits towards the State Highway Administration’s program to comply with the Chesapeake Bay TMDL and their MS4 permit.

Our 2020 environmental restoration efforts have been in full force. Thus far this year, the Wildlands team has restored a total of 48,000 linear feet of stream across seven different project sites, all up along the east coast.

On June 4th, the City of Charlotte hosted an on-site ribbon-cutting ceremony to celebrate the project’s successfully partnerships, environmental improvements, and community benefits. Check out the below slideshow of photos from this event.

About the project: Wildlands was selected to perform this first design-build project to generate stream and wetland mitigation units for the City of Charlotte Umbrella Stream and Wetland Mitigation Bank. This pilot project is located within the environmentally significant Reedy Creek Nature Preserve and involved the restoration of deeply incised, eroded stream channels to appropriately sized bankfull channels with access to a floodplain and preservation of existing high-quality streams and wetlands. The project consists of approximately 26,400 linear feet (LF) of stream restoration and 15,600 LF of stream preservation for a total of 26,000 stream mitigation credits. Approximately 1.0 wetland mitigation unit will be accomplished through enhancement and preservation of wetlands.

Wildlands completed construction on the Falling Creek and Grantham Branch stream and wetland mitigation banks near Grantham, NC in March of 2018. In September of 2018, Hurricane Florence made landfall near Wilmington and slowly moved across the state shattering rainfall records throughout eastern NC. The National Oceanic and Atmospheric Administration reported a rainfall total of 25 inches in nearby Mt. Olive, NC. Detailed records maintained by local hog farmers for their waste lagoons indicated that as much as 30 inches of rain fell on these two mitigation banks over a three-day period.  These two banks restored, enhanced, and preserved over 35,000 feet of stream and 320 acres of wetlands.  The hurricane only caused damage to two stream reaches, each under 500 feet. The damage was the result of streambank erosion from streams outside of the project that deposited within the project and filled these stream reaches. At the time of the damage, repairs were thought necessary but after a second assessment one month later, the streams appeared to be moving the sediment through the system and ‘self-repairing.’  Within three months, the damaged streams had returned to the as-built condition and no repairs were necessary.  This project serves as further evidence that when streams are restored to natural dimensions and pattern storm events dissipate energy properly within the channels and on the floodplains and are resistant to damage.  The below photos were taken in September 2018, after Hurricane Florence. 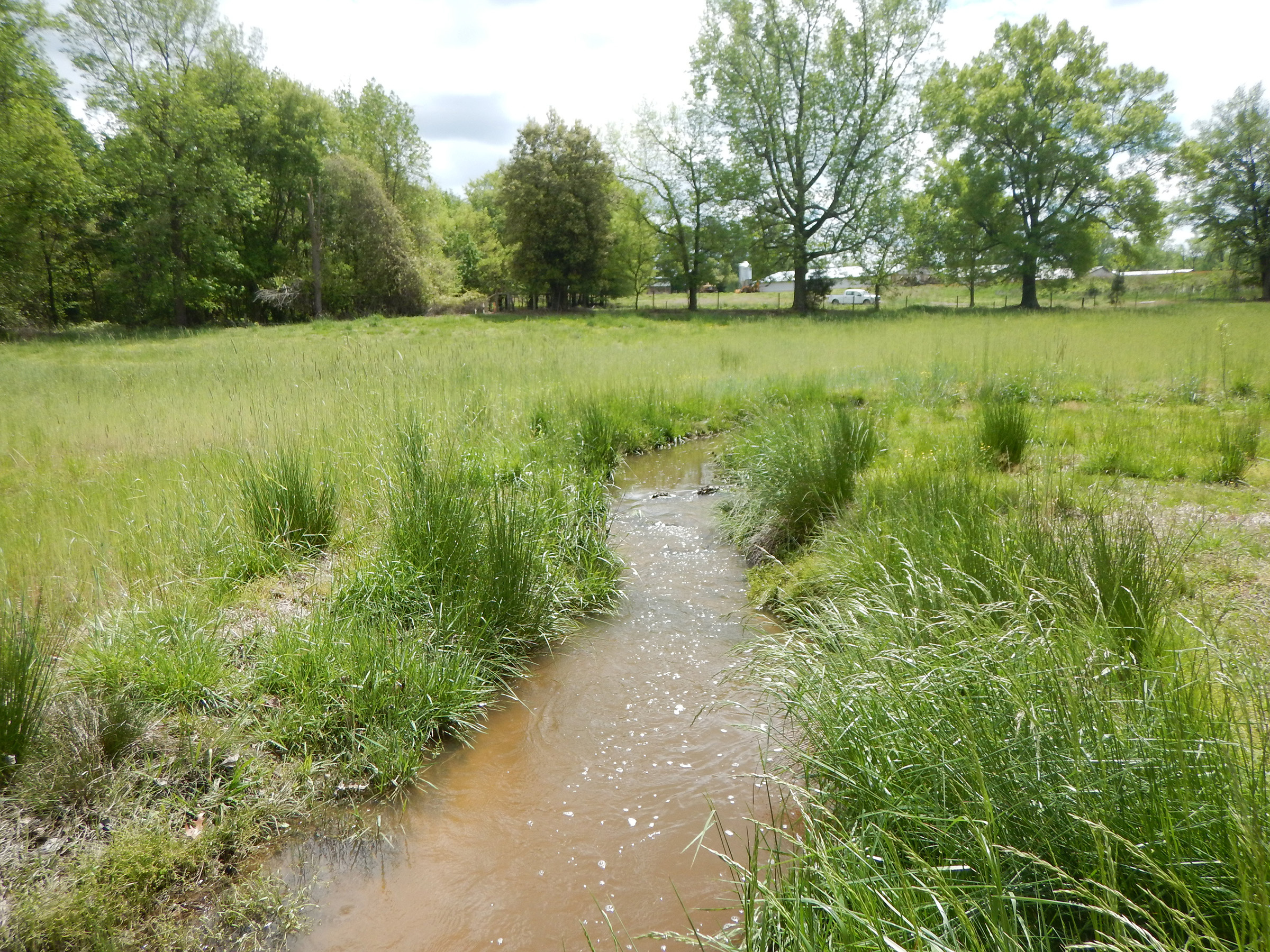 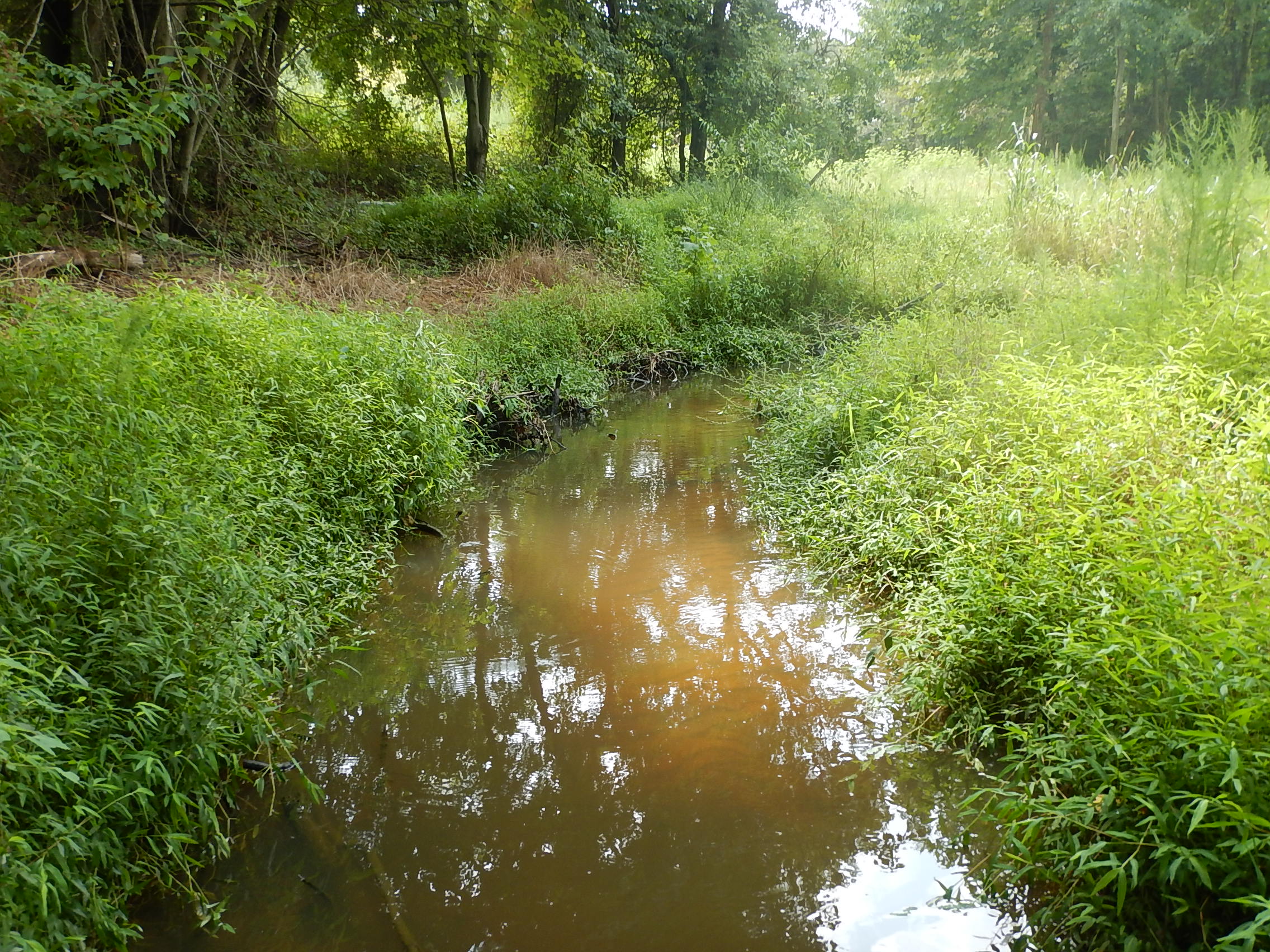 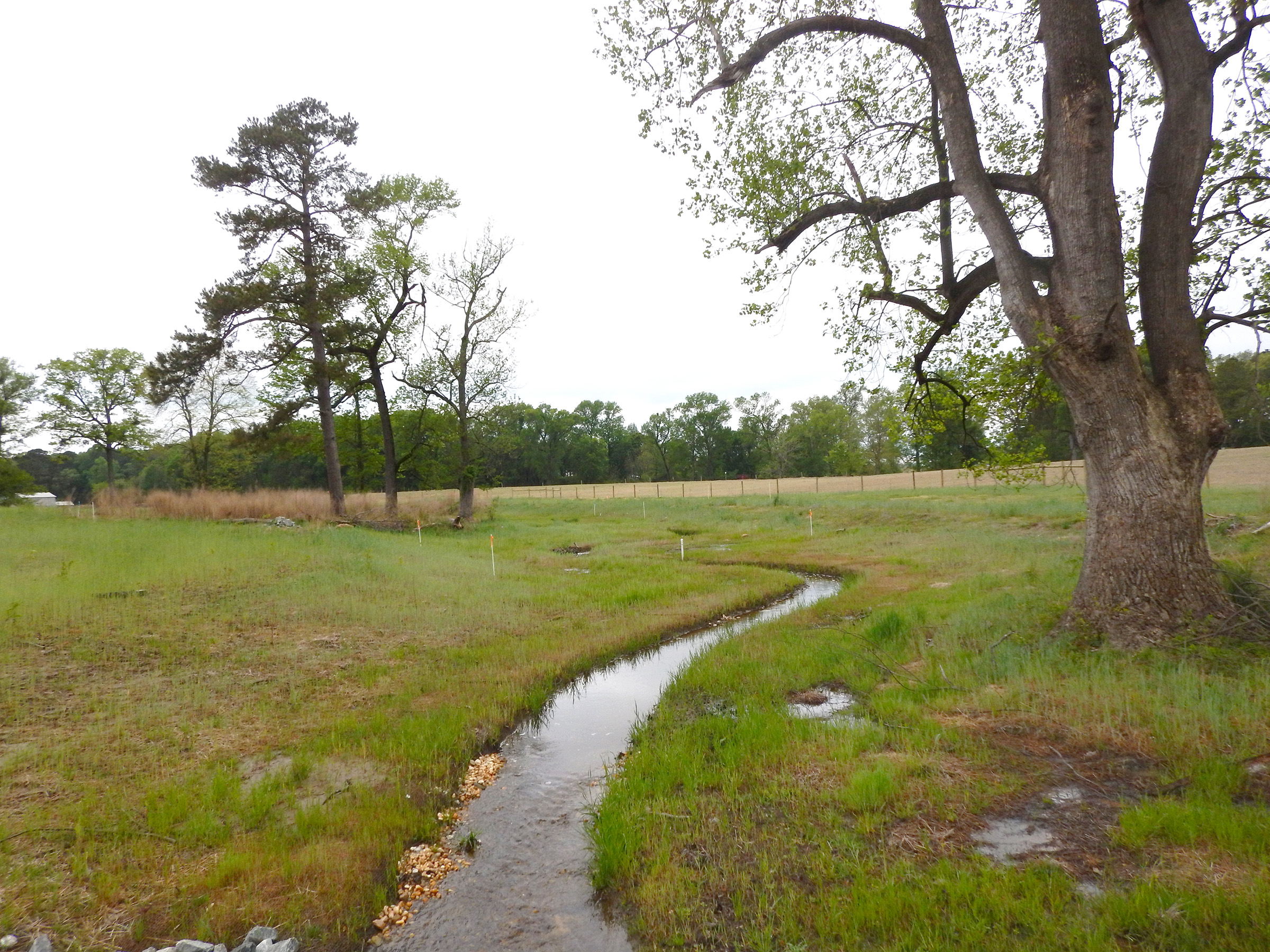 Wildlands was honored to be a part of the Hoosier Dam Removal project, which successfully removed a reinforced concrete dam that measured 235 feet long by 25 feet tall. As a result, the project reconnects designated critical habitat for the Cape Fear Shiner (a federally listed endangered species) and other species of concern on the Rocky River and Bear Creek within the Cape Fear River basin.

Read more about this project by clicking the following link: https://www.uniqueplacesllc.com/hoosier-dam-removal

(above video is courtesy of Unique Places, LLC)

Check out this video that tells the story of restoring a portion of Torrence Creek at ‘The Park’ business park in Huntersville, NC. As the prime consultant, Wildlands Engineering provided assessment, design, permitting, natural channel design, hydraulic modeling, and bid phase assistance services.

What to know about the Chantilly Ecological Sanctuary, opening in September 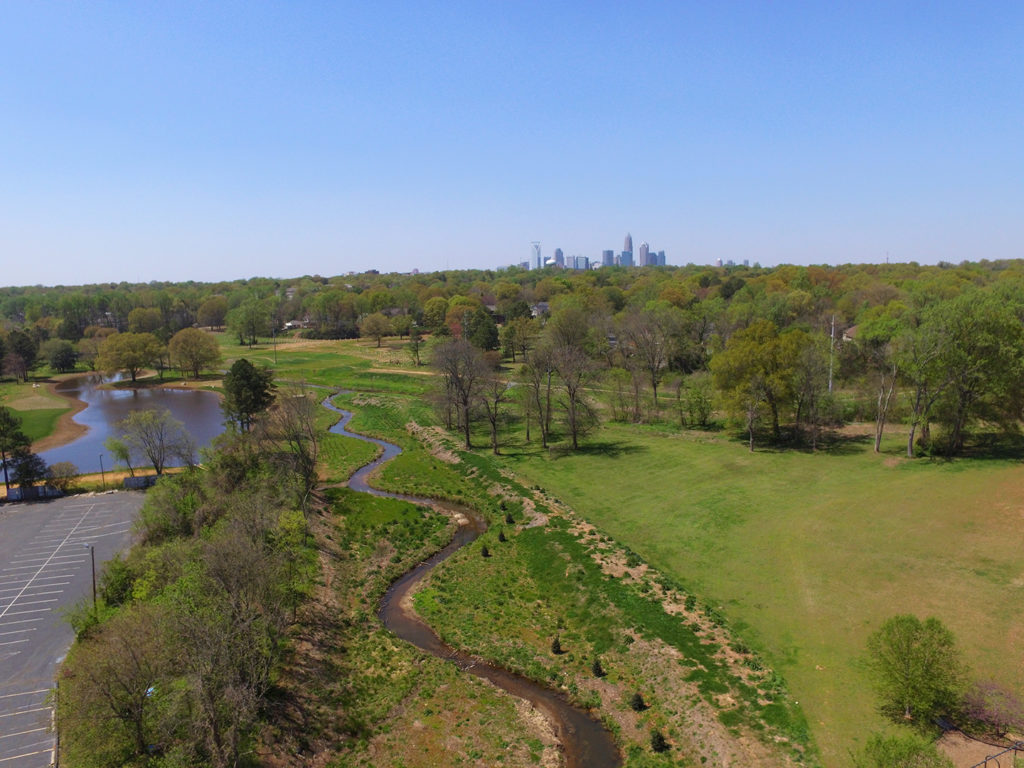